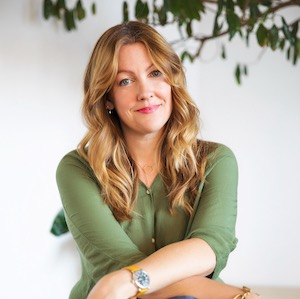 Caroline Pay
Chief Creative Officer
Headspace
Caroline Pay is Chief Creative Officer at Headspace, where she directs the company’s dynamic, award-winning creative team. She guides all creative activities and serves as a thought leader to ensure Headspace continues to grow its leadership position worldwide, including digital, experiential and traditional advertising, as well as all marketing campaigns and initiatives.

In 2018, Pay was awarded one of Adweek’s “Los Angeles Brand Stars.” Prior to joining Headspace, Pay was the Co-Chief Creative Officer at Grey London. She served on the senior management team of the 400-person advertising agency and was the creative lead on accounts including the LRS portfolio, the United Nations and London’s Metropolitan Police.

During her tenure, Pay was also named one of Ad Age’s “Women to Watch Europe 2018” and was nominated as one of the “World’s Most Creative Women” by The Drum. Before joining Grey, she was Deputy Executive Creative Director at BBH London, developing and leading a 120-person creative department with clients including Tesco, BBC and domestic violence nonprofit Refuge. She also helped shape the agency’s new specialty practices, including BBH Live and Black Sheep Studios. In addition, Pay affected change in the advertising industry’s diversity agenda with her key involvement in “The Great British Diversity Experiment,” “The 3% Conference,” “SheSays,” and “Cream,” among other platforms. Pay spent a total of four years at BBH, first as Creative Director, and later as Managing Partner and Head of Creative Development. During her time at BBH, where she first met Headspace CEO Rich Pierson, she also ran accounts for iconic brands such as Levi’s, Baileys, and Google. After launching her career at KesselsKramer Amsterdam, Pay transitioned to ad agency Mother London, where she served a total of 10 years leading award-winning work for brands ranging from Coca-Cola, Dr. Pepper, and Boots to GREAT Britain, Amnesty International, and the creation of FRANK—the British government’s drug helpline for young people, now in its 16th year. Pay also did a stint at Wieden+Kennedy to run the firm’s first global campaign for Honda.
Close